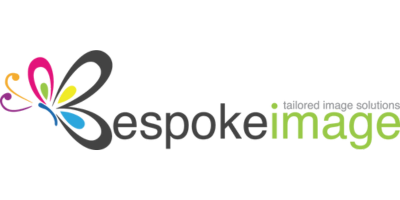 As a former publicist for Penguin Books Australia, Imogen worked with many successful people. She became fascinated by the issue of image. Was there a connection between image and confidence? How important was image to success? Could she help someone improve their image to gain greater success?

She decided to leave PR to pursue her true passion as an image consultant. She studied clothing, and learned what looked good on different body types. She studied comprehensive colour analysis, and realized how to help people shine with the right shades. She was able to combine her natural talents with extensive training and an almost scientific approach to figure out what worked and why. She started helping people to look and feel amazing.

Imogen’s in-depth knowledge and passion for the development of advanced tools and resources has meant that she has created the world-leading Absolute Colour System of 18 tonal colour directions that works for all skin tones and colours, amongst a suite of other image tools and resources.

She is a co-creator of 16 Style Types which is the first intelligent linking of psychological type (Myers Briggs 16 Personalities) with style, which helps you to understand your personal style preferences and style essence, that is, how you approach style.

Imogen has been an image consultant since 2004 and in 2006, her dedication led her to become President of the AICI (Association of Image Consultants International) Australian chapter. She worked tirelessly to raise the industry’s standards of training and professionalism, bringing the AICI’s First Level Certification exam to Australia. In 2007, Imogen was honoured as Chapter Member of the Year, and in 2019 was awarded the AICI Jane Segerstrom Award for actively supporting and promoting a positive image in our society.  She also spent 4 years on the international board of the AICI as a VP from 2012 – 2016.

In 2009, Imogen was awarded the Certified Image Professional designation from the AICI, an achievement that acknowledges a highly competent level of training and experience. She is proud to be one of only a handful in Australia to have reached this level.

Imogen currently trains people to be colour and image consultants through the Academy of Professional Image in Melbourne.   She also conducts workshops for retail optometrists and has also worked with cancer patients through the wonderful Look Good Feel Better organization. Her award-winning blog, Inside Out Style, offers valuable information and tips, and attracts readers from around the world.

Imogen is regularly interviewed by the media on a variety of image-related subjects and has been featured in The Sunday Age M Magazine,  Hong Kong Tatler magazine, The Age, The Herald Sun, The Daily Telegraph, Sunday Herald Sun,  Men’s Style, Australian Mortgage Professional magazine, ABC Radio in Melbourne, Sydney, Tasmania and Brisbane as well has having appeared on Melbourne Talk Radio and cable TV shows.

But it is her work with her clients that gives Imogen the most pleasure. Through workshops, corporate events, media appearances, colour consultations, and personal shopping services, she shares her considerable knowledge with everyone from stay-at-home moms to corporate executives. Imogen wants to help you get dressed, get out the door, and get on with life.

Save $870.00 AUD with our BLACK FRIDAY SALE
Discount applied automatically at checkout